What does the translation of academic documents consist of? 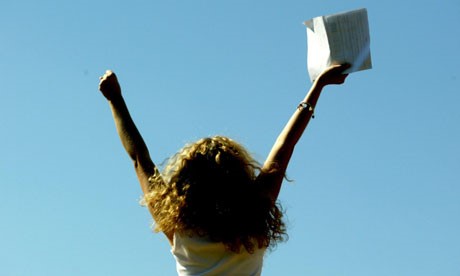 Are you wanting to study abroad and need to have your academic documents translated? You are probably wondering how exactly this type of document is translated. Educational systems vary from country to country, with different ways of grading and examining. So how exactly would someone translate academic results that have little value or understanding in another country, whilst also remaining faithful to the original document?

This is an obstacle that so many people studying the art of translation may get stuck at. On one hand, you could translate the original qualification into the target language’s equivalent so that the reader fully understands the type of qualification and the academic level that the student on the transcript holds. On the other hand, doing this would be misleading as the transcript would be presenting a qualification that the student, in fact, hasn’t completed. So just how exactly would a translator convey the importance of a qualification unknown to the reader? The answer to this is one simple word: footnotes.

In order to remain as faithful to the original text as possible, a translator should keep the qualifications and grades as they are in the source text, and simply explain their significance in the footnotes. It is then here in the footnotes where they could explain what the equivalent level of study would be in the reader’s country. Below is an example so you can see exactly what is meant by all of this.

[The student’s name] has successfully completed the following studies:

in the Sciences modality

[1] Translator’s note: [Bachillerato or Spanish Baccalaureate is the first non-compulsory educational stage. Upon completion, this High School Diploma entitles the student to either sit the university-entrance exams in order to go on to undergraduate studies, or to undertake any type of advanced vocational training.]

These same rules are followed with any type of qualification, the grading system and any other information that is culture specific.

Where to get your academic documents translated

Once you have gathered together all the documents that you know will need translating, the next important thing to do is to find the right translator. Even if you know someone who is able to translate them but has no qualifications, you must have your documents officially translated by a sworn translator in order for them to be legally valid.

What is Sworn Translation?

Some requirements may also need your documents to be legally validated by an apostille. You should also note that the apostille would need to be translated too. Therefore, make sure you allow yourself enough time to get all of the required steps completed in time to submit your documents to your place of study.

This site uses Akismet to reduce spam. Learn how your comment data is processed.

This website uses cookies to improve your experience while you navigate through the website. Out of these, the cookies that are categorized as necessary are stored on your browser as they are essential for the working of basic functionalities of the website. We also use third-party cookies that help us analyze and understand how you use this website. These cookies will be stored in your browser only with your consent. You also have the option to opt-out of these cookies. But opting out of some of these cookies may affect your browsing experience.
Necessary Always Enabled
Necessary cookies are absolutely essential for the website to function properly. This category only includes cookies that ensures basic functionalities and security features of the website. These cookies do not store any personal information.
Non-necessary
Any cookies that may not be particularly necessary for the website to function and is used specifically to collect user personal data via analytics, ads, other embedded contents are termed as non-necessary cookies. It is mandatory to procure user consent prior to running these cookies on your website.
SAVE & ACCEPT
error: